Commissioner Selden bans Palpatine from the FSL and Gallifrey’s “The Doctor” deals with taunts from Vader.

While the controversy over Palpatine’s remarks dominates league attention, there are still games to be played and comebacks to be forged in the FSL. Will Skaro exterminate Ponyville at home? Can Arrakis shake off their stagnation against the Time Lords?

It’s time once again to vote for who will represent their division in Pern! The East-West all-star game is coming July 5th. Make sure you vote will count!

Vote at the official ballot.

(Coruscant) Owner of the Coruscant Empire, Palpatine has been implicated in making controversial statements about Jedi. In a recording obtained by Dragon SportsTalk Radio from confidential sources, Palpatine is heard to say “Every single Jedi is now an enemy of the Republic, do what must be done, do not hesitate, show no mercy.”

If the jedi were an active team in the FSL, the statements *might* be considered in the context of firing up his team. Instead, the jedi are without a team, and a minority in FSL’s extended player base. The statements carry the unsuitable character of prejudice.

Coruscant has not issued a statement regarding the recordings.

Does the road to the FSL championship run through the X-Mansion? And Who IS Clara Oswald? The Doctor puts her to the test. Did he get results?

Shecky just delivered the latest lines to Mitzula, who notes a lot of movement! 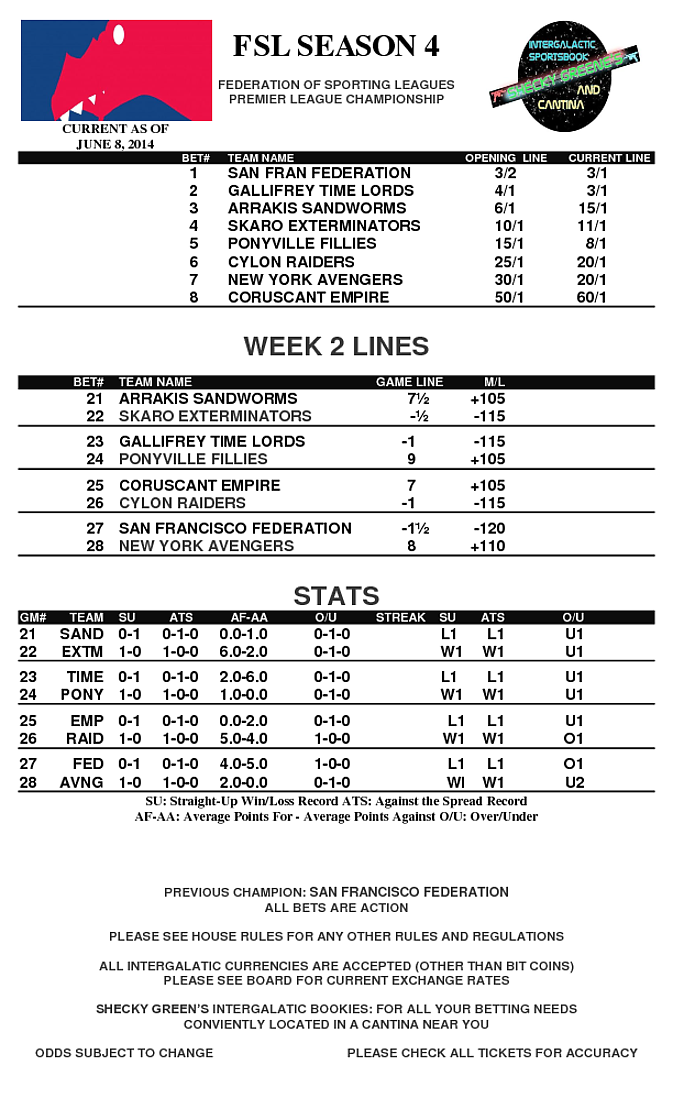 You know what’s magic? Winning. Ponyville gets off to happy start. Skaro ices Clara while The Doctor’s head is in the clouds. Is Dalek Domination inevitable?

Get the episode here.\