Frequently asked questions about the FSL. 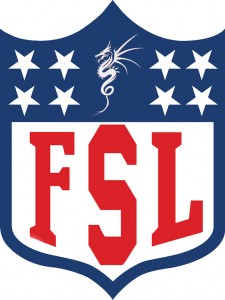 What does FSL stand for?
FSL stands for honor, competition, athleticism, and teamwork.

No, I meant what is it an acronym for?
Acrobatics is also important as a part of athleticism.

NO. what do the letters F,S, and L indicate?
They indicate the league’s name. Maybe you should read the history page.

TLDR. I’d rather know what fans say about the FSL?

OK, but reading the history probably would explain a lot. Here’s a representative sample fan quote:

“This show is one of the most amazing things to happen in recent history! I love it!” – @scather

That’s only one fan– Never mind. So what are the episodes based off of?
What an odd question. Well they’re based off of the results of the FSL games and our analysis of those games and how the players played.

Oh seriously, you two just make up the results but what do you use to determine who you’re going to have win? Events of the week? Storylines from movies and books? Some kind of elaborate role-playing game session? Spill!

Wouldn’t you like to know how the playoffs work?

(sigh) How do the playoffs work?
The top two teams in each division meet in the first round. The winners of those two games play each other for the championship. In case of two teams having a tie in record at the end of the season, a playoff game will determine who advances to the playoffs. If the top two teams are tied, then the added scores of regular season games between the two teams determines home field advantage. If three teams tie, scores will be added and the top team will get a bye and the other two will play a playoff. If season scores tie, a coin flip will decide.

What is relegation?
The teams with the worst record in each divisions will be dropped from the league and two new teams will be elevated from a lower league to the FSL. For instance, after the 2010 season, the Sydney 815s were relegated (right after announcing a move to Los Angeles next season too) and Coruscant was elevated. The commissioner’s office determines the conditions of relegation near the end of the season each year. Some years have seen more than two teams relegated.